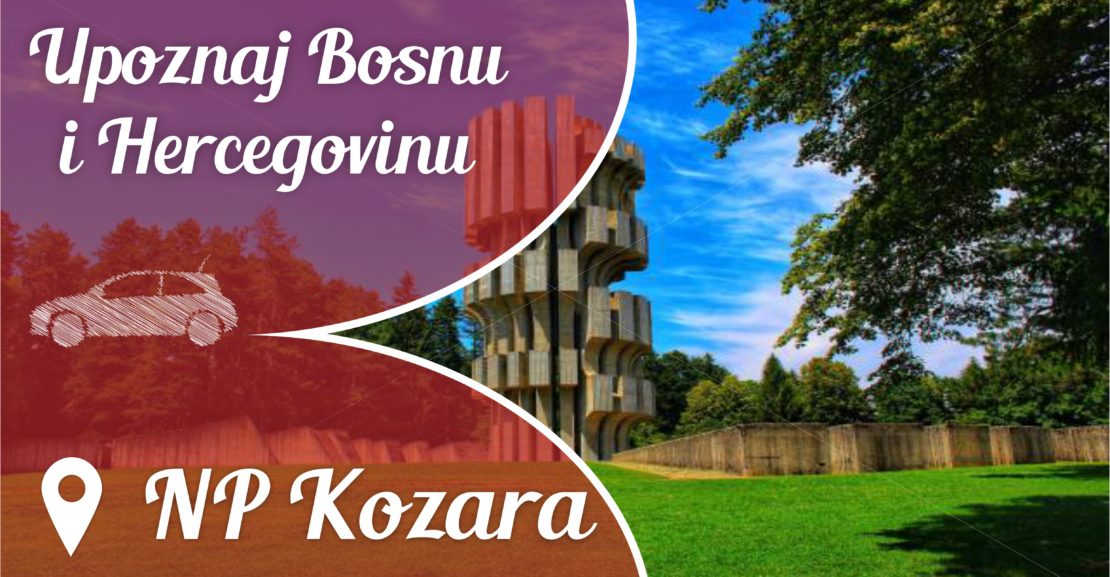 Kozara  always reminds me of the carefree days of elementary school. You know the one where your mom packs a snack and escorts you to the bus. Such an unforgettable sevdanje begins … You rush to the monument with the company, irritated and naughty, you crawl into its walls, you fall into a trap, and that’s the end of the world …

Mount Kozara stretches hay about 70 kilometers long. The oasis is a pleasure for hikers, excursionists and all lovers of nature and entertainment. Filled with centuries-old forests, it is a real paradise for exploration. The highest peak is Lisina with 978 meters above sea level, and the central point and the most famous gathering place for Mrakovica at 806 meters above sea level. The National Park can be reached from Kozarac, which is located between Banja Luka and Prijedor. The entrance to the park is 5 convertible marks. A walk along the nearby path from the village of Rajkovići over the 13-kilometer-long Kozarački kamen, climbing to the top of Lisina, is one of the ways to see the beauties of Kozara and be filled with the breath of its nature. The National Park itself offers accommodation in hotels and bungalows, but also a “zip line” adventure.

Mrakovica is dominated by a monument dedicated to the victims of the battle of the Second World War. The Kozara epic, our past, memory and admonition … It shines in our memory as a monument with its whiteness. The incredible building, 33 meters high, has been attracting visitors for decades. It was at this place in 1942 that a bloody battle took place between the partisan forces, which dragged the people with them to salvation, and the superior enemy, who formed a circle around the population and the partisans. With superhuman efforts, they managed to break through the hoop and save themselves. Every art building tells a story. The monument on Kozara, with its very form, depicts the course of the battle and its victims. That is why I ask you to show respect for the dead whose names are written on the stone blocks behind the monument when you photograph it. That stone is silent, but images spring from the silence. I am not a stone, but the story is told … If you want to know more about this event, I suggest you visit the museum at the foot of the monument. There you will learn all about the history of this country. The entrance is one convertible mark.

Near the monument there is a chapel that preserves another legend of Kozara. It is a chapel dedicated to the Birth of the Virgin Mary, but it is better known as “Mehmed’s Church”. It got this name because it celebrates the love between Marija, the daughter of the Austrian owner of the sawmill, and Mehmed Kulašić from Kozarac, who worked at the sawmill. Love was not accepted by Mary’s father, so they had to hide their love right here. All the goat stories are woven into stone. The stone survives, history is remembered.

Enjoy pure nature and everything it has to offer. I will always end my day at Kozara in the motel “Bijele vode”, deep in the woods, with some great food, to summarize my impressions and come home happy.

Category: 50 top locations in Bosnia and Herzegovina,
Share this

English
There is no selected car class in current office. Please choose another Class!
Select Vehicle